It all began 30 years ago in late 1990, five young guys from the southern suburbs of Sydney decided it was time to leave their current Pistol club & start their own. Less than 12 months later in November of 1991, the Precision Pistol Club NSW was incorporated and very quickly word spread around.

New members were soon lining up to become a part of this new club. The club began it’s early days shooting at the Condell Park indoor shooting range. Meeting weekly & participating in intra club competitions. This tradition has continued and trophies being a hot topic for all members.

Whilst the club has relocated from Condell Park to the Auburn Shooting Academy, the spirit of competition hasn’t waned over the 30 years & if anything has grown in strength.

We are a resident club at the Auburn Shooting Academy (ASA) and we meet every Tuesday Fortnight. Precision Pistol Club is affiliated with the Sporting Shooters Association of Australia (SSAA)

The Precision Pistol Club, is a local friendly club that offers a safe yet fun environment for both experienced & novice shooters alike.

At Precision we welcome individuals, families, all genders & all ages. We have fathers & sons, fathers & daughters, husbands & wives all shooting together.

We welcome those who are either currently shooting or would like to try the sport of Pistol shooting. Coaching available for everyone, no matter what your skill level.

Some of our current members date back to the very early days where it all started, members who are 30 year veterans of the club. Our training and safety officer being the longest continuous member, part of the club since its inception.

A majority of the current members have been participating for well over 20 years with Precision Pistol Club. The club treasurer began as a junior & is now a 19 year veteran of the sport.

The club’s longevity is due to the dedication of its members and the recruitment of new enthusiasts who become passionate about the sport. Pistol shooting is for ages 12 & above, all genders & all abilities.

We are always open to signing up new members. If you’re interested in learning more about the sport of Handgun Target Shooting, contact us via the form below and we shall get back to you as soon as possible with further instructions. 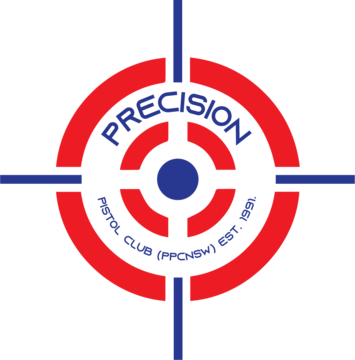